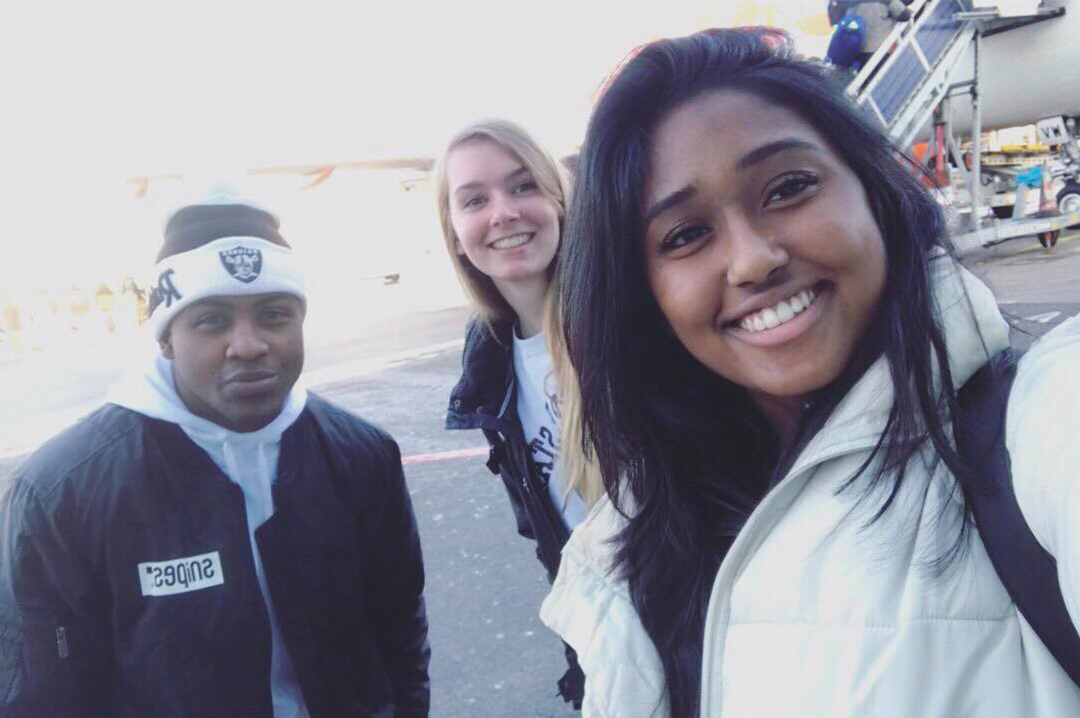 Let me introduce myself first, Hi my name is Ruby. I am a bgirl (HeavyHitters) I’m traveling around the world for the world’s sickest battles and I got my own bboy/girl event called “GemBattles”. But for now, I’m here to blog about my adventures around the world starting with Undisputed World B-Boy Masters / The Legits Blast Prague.

10:55 am it’s not that early but If you like me, with that I mean overly on time, you’ve probably been at the airport 3 hours prior before take off. Which is maybe a bit too much but hey, I’ll get us to Prague on time no worries here. Kid Colombia, Lounie, Isabelle and I were ready. We often forget how tiny everything is here in holland. After a year in Australia, I realized that traveling is a mindset. Nothing is really far away. The flight was 1 hour and 40 minutes long. Sometimes when our public transport fails us we are longer on the road trying to get home from work. And here we are flying to a different country in the same amount of time or maybe even less. 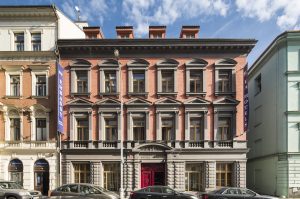 We landed safe and sound in Prague -4 degrees at that time and we can see the airport is slowly filling its self with bboys and bgirls. We got an uber to our hotel and we didn’t expect a 4-star hotel which, don’t get me wrong, was amazing but we just didn’t see that coming. The buildings in Prague are really old and the architecture is making an even greater impact. 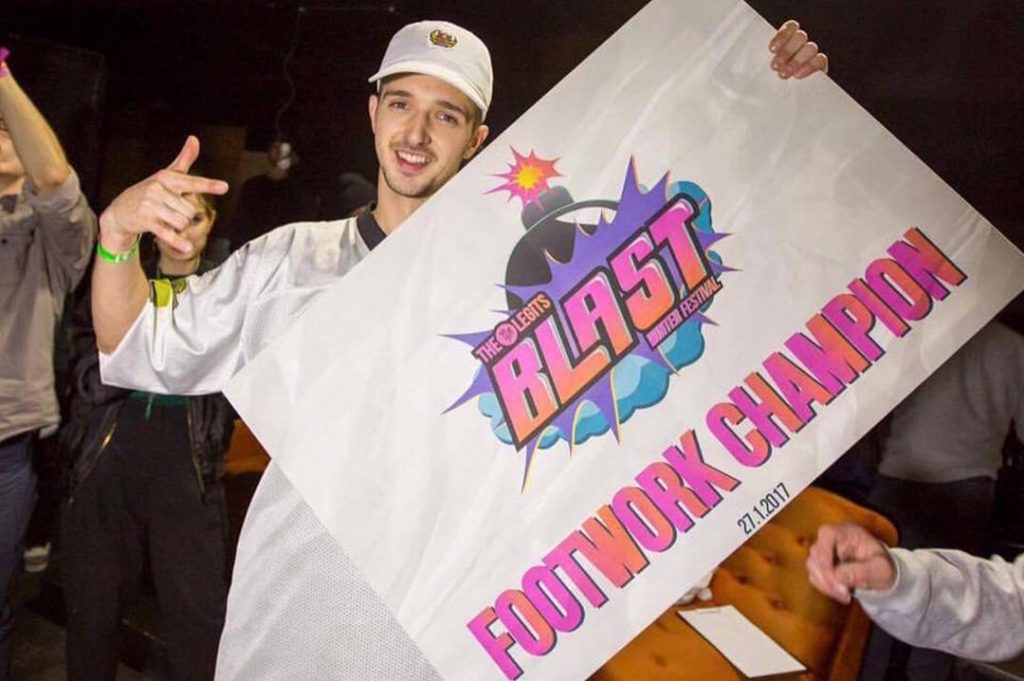 foto credits : @kidobreaknuts instagram
BBOY KIDO – BREAKNUTS CREW Poland won the      footwork battles. Check out his insta: https://www.instagram.com/kidobreaknuts/ and snapchat @kidobreaknuts. I’ve never seen so much creativity in footwork. If you every feel like you have a creative block with your footwork I highly recomend you check out thoses battles online. I haven’t seen any videos yet but I’m guessing one of these days you’ll find some footage on youtube. Also, I got to say Poland and Czech Republic B-girls are so on fire. Constantly in the cypher, (a bit intimidating but that’s so good to see.) footwork for days… 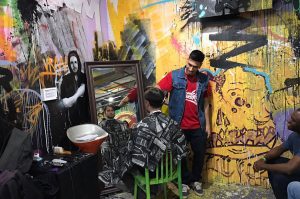 The venue, Forbidden spot was dope to see… Artwork everywhere. Spin, Soul Mavericks UK was giving everybody a fresh hair cut. He was also giving the top guys a hair cut in sunnies hotel room. Pretty much every bboy ever went home with a fresh spin masterpiece on their heads. 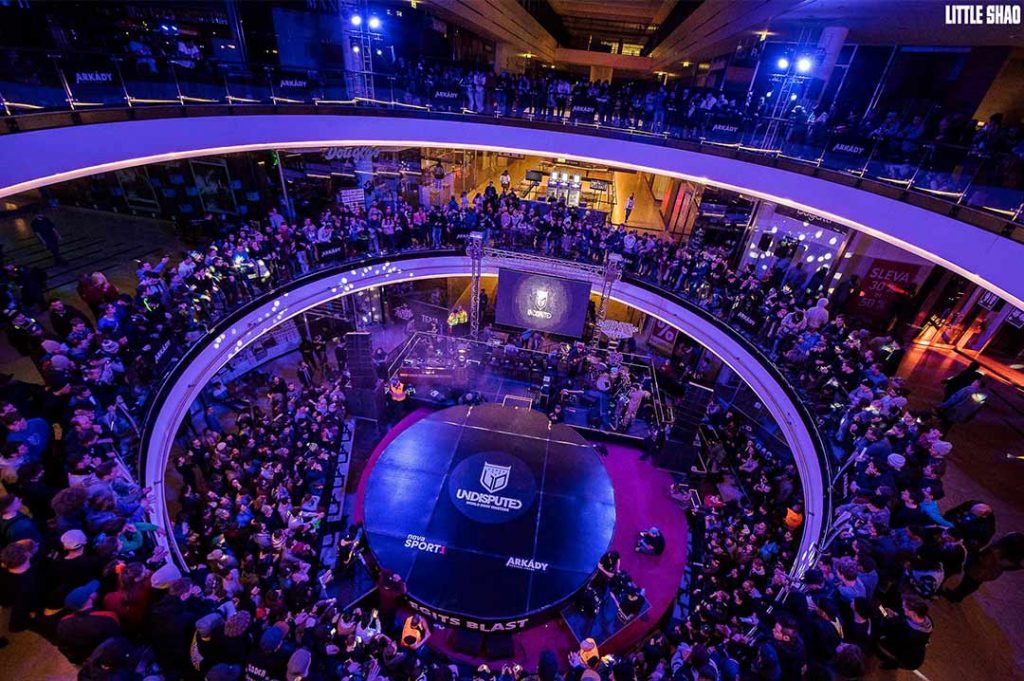 The Finals were in this enormous shopping mall, Arkády Pankrác, which turns into a nightclub for festivals like this ( They told us that we had to place our bags and jackets into a locker and we had to wait outside before the event started. Ok fair enough, we were in line to scan our tickets and for those lockers. 1 hour passed we got through and we were in the very front of the line pressed against the metal gates with 300 people behind us. It was cold. -9 another hour passed this time we didn’t have our jackets so you can imagine how many people were angry. Everybody was screaming in different languages. There was no one that told us what was going, at least not in English from my understanding. And at some point, they finally let us in. Not peacefully… oh no… Everyone run as fast as they could to the stage, security couldn’t really do anything they had 300 plus angry people running towards them so they kinda just let it happen. So, in the end, people brought their coats etc with them inside. 1 hour in the cold -9 for nothing.Not cool, no pun intended. The picture I took off the airport says enough. 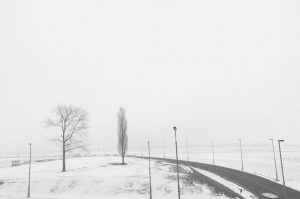 I spoke to Kid Colombia before the battles and he told me that yes it’s difficult to go up against Issei but, he was going to do everything he wanted to do and what felt right in that moment to hopefully get some points. Overall it wasn’t kids best battles and he said he feels like he could’ve done better but everyone has their ups and downs. We are proud of him in any way possible way.

Check out the Finals Issei vs Thesis:

After the battles when Thesis got his price, he wanted to say something for a minute. He told us that he was in a pretty bad place last year in 2016 and  that he haven’t battled for a while until late September. He trained really hard to come here and he’s thankful for the opportunity he got to be able to represent himself and he has a big passion for what he does.

THE AFTER PARTY
Jäger. Jägermeister everywhere.
The afterparty was ok. I’m not going to sugar coat it but it just wasn’t that great. It sounds cool and all, an afterparty in an enormous shopping mall live concerts and DJ. After the battle which was at night and of course like evey other bboy event ever it went over time. We finished at about 2/3 am. Red Bull kept us alive. (so healthy I know.)  The party was untill 5am so everyone was just walking around like zombies with Redbull and Jäger in their hands. (it was sponsored by Jägermeister so that’s why)  After awhile everyone naturally got together and we had a good time with DJ RENEGADE. The after party continued to our hotel. Everyone was just vibing talking about whatever just having fun.
LittleShao was such a fun guy to meet he was dancing and talking with everybody. He has a good sense of humor and we were just having a good time. At some point we were just chilling on the floor in the team room. there was a dance floor in the middle of that room and some people were breaking some were dancing a bit of salsa and out of nowhere Shao starts top rocking and everyone was into it.  It was so funny. You can see these snaps to the night on his insta stories. So for next time that’s probably cool to check out. 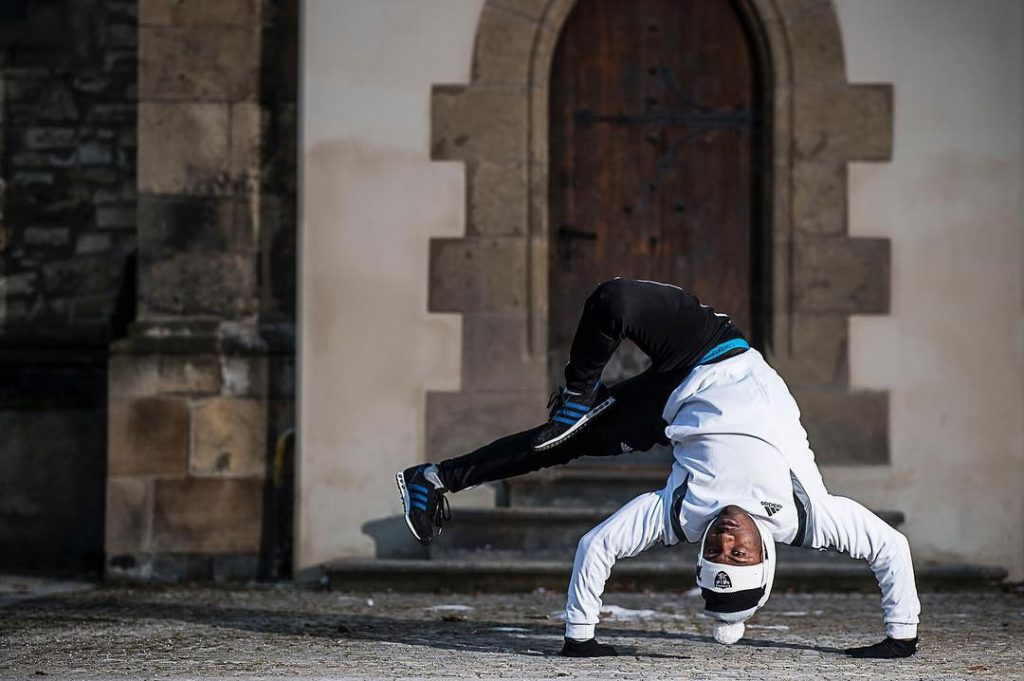 Kid told me about his photo shoot with LittleShao and how he likes doing them with him. He told me that when Shao asks you to do a move he makes sure he gets the best possible shot in one go. He is really truly an artist with his camera.
Photo credits : LittleShao
https://www.instagram.com/littleshao/ 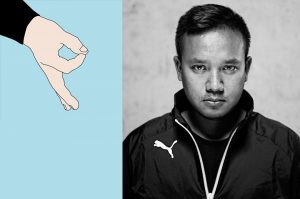 Also, this random thing that happened is that he threw    his phone at us when we were just chilling, I looked at his phone at I see a picture of his hand in that “ok” sign but if you look at it the person that does the sign is allowed to punch you. It is nice to see how people just act freely like that after such a big event just letting loose and having a good time.
A nice chat with Bboy Kleju
Check out his instagram : https://www.instagram.com/bboykleju/ 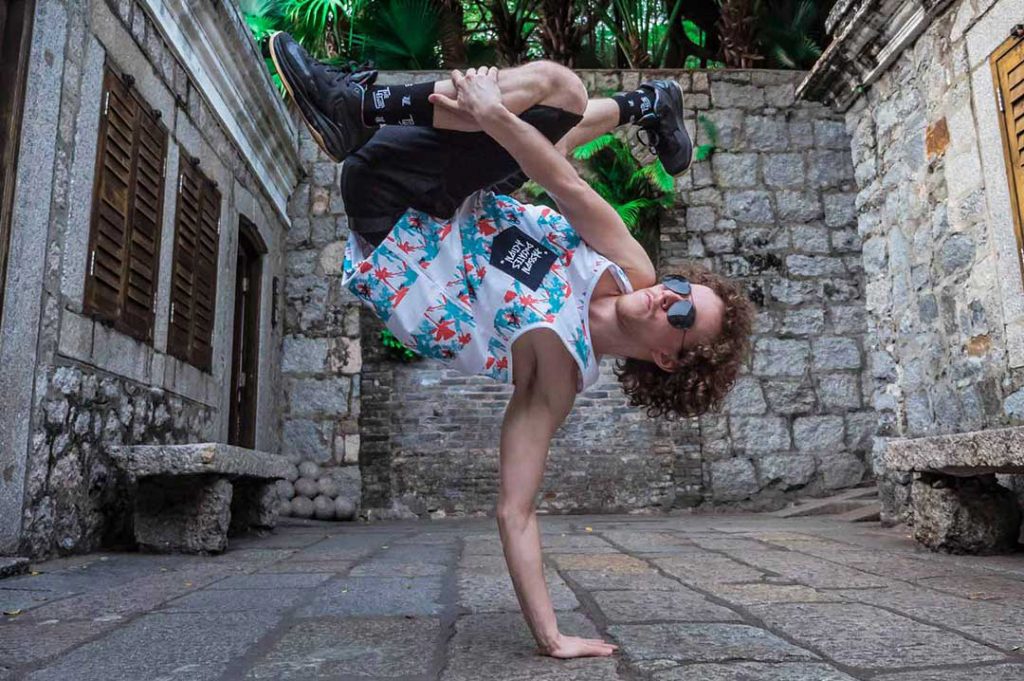 Ever seen Kleju without his afro and sunglasses? No, me neither. Until that weekend that is. After the battles he tied his hair into a bun and he was just chilling with his girlfiend with no sunglasses, which is such a new face if you haven’t seen him like that before. He turns out the be the friendliest guy there. He walked over to have a little chit chat with me. I asked him “Is Kleju your real name?” He responded with “No, no it’s not. My real name is Tomasz Kuliś. Kleju doesn’t mean anything.” “it doesn’t mean anything?” I asked. “Yeah ok it means “glue” in Polen but just sound good. It happened to just go like that.” You learn something new every day. I told him about Gem Battles and we became friends which is also super random but really nice. You always hope that the people at the top, legends or just public figures are nice. Not only with breaking this is pretty much for everything and I’ve met some people that just weren’t like you hoped them to be. But Kleju and Shao are two very nice/funny guys and when you have a chance to meet them just go for it! If you have any questions for me to ask those people next time like hey if you see Sunni can you ask this or if you see Robin can you ask this. Just let me know on my Instagram I’d love to hear what kinds of questions you want me to ask! https://www.instagram.com/rubylegalized/
And that’s all for now. Until next time you see me Gemming around the world.
– Ruby (HeavyHitters & Gembattles)
← Previous Next →
RELATED POSTS 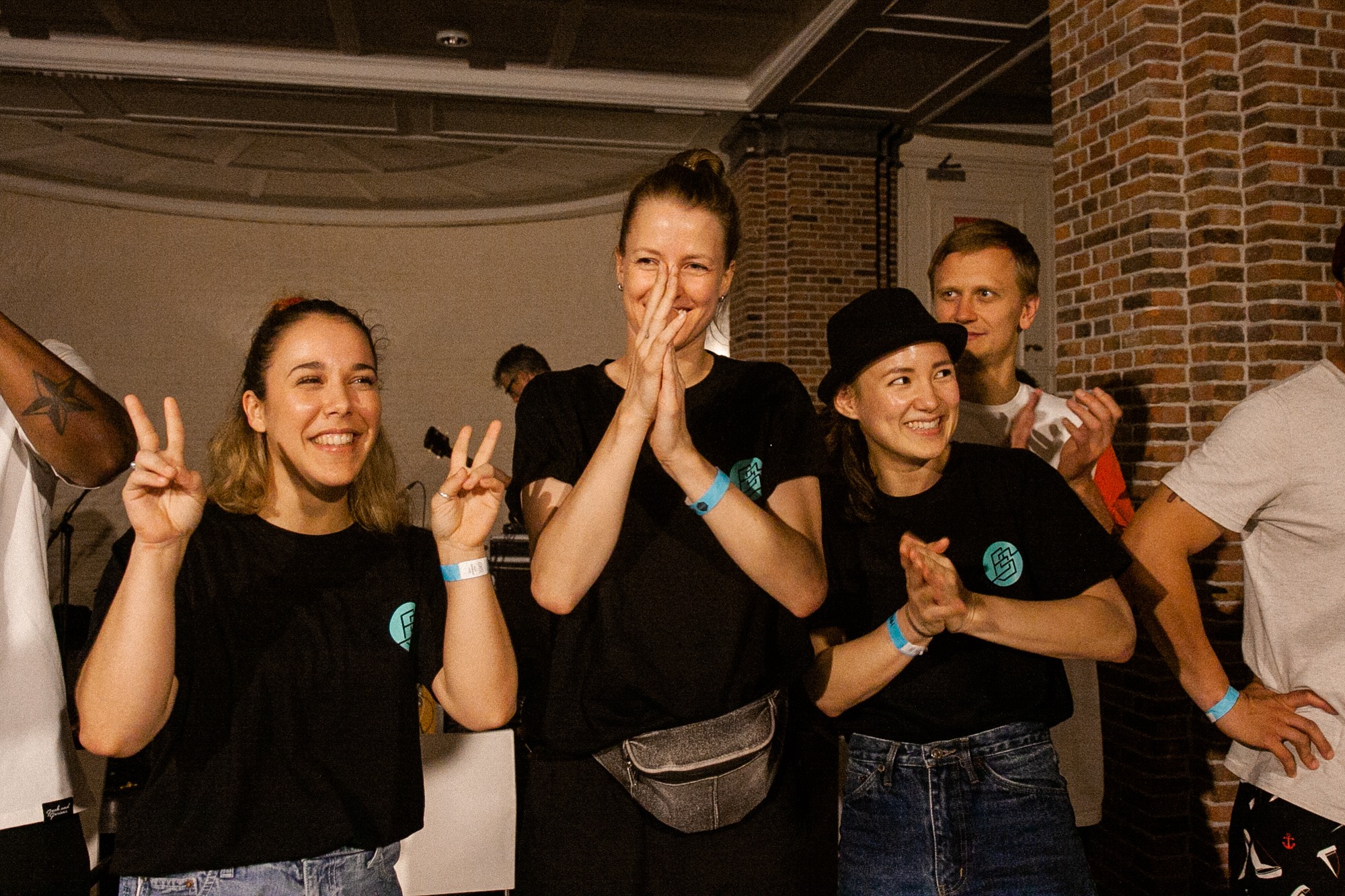 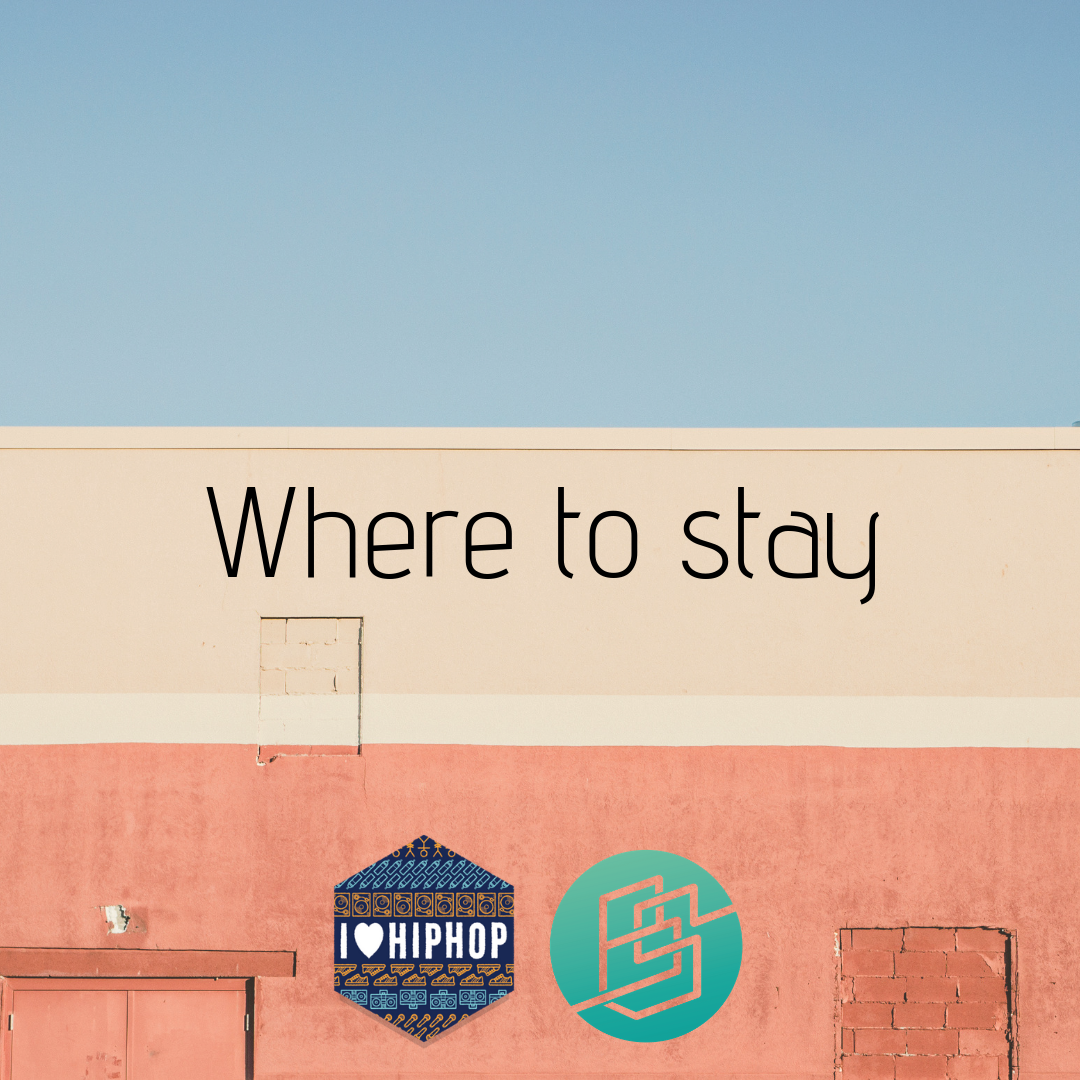 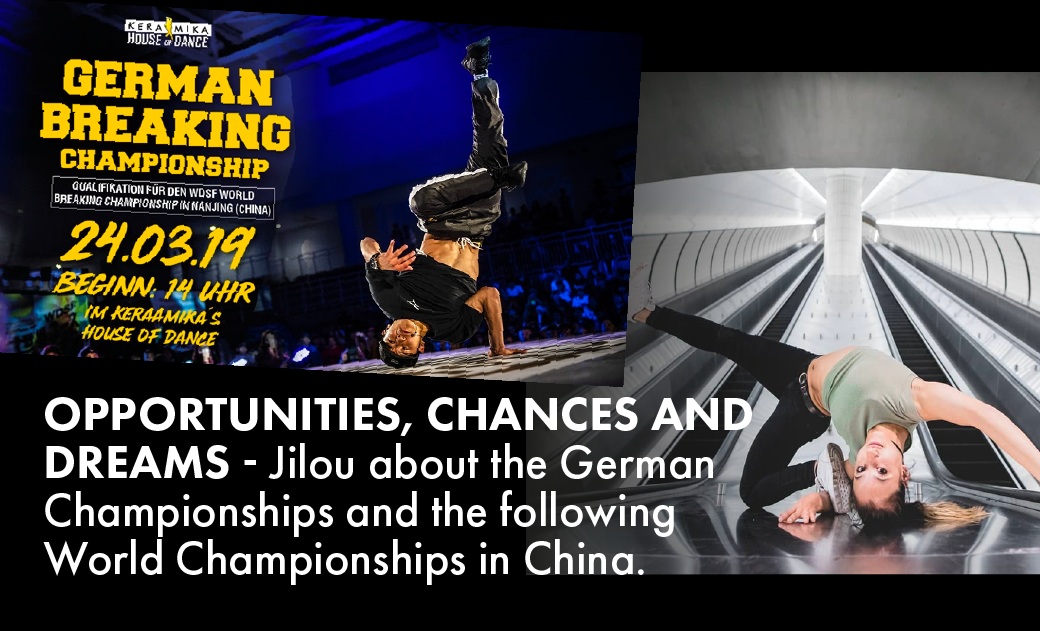